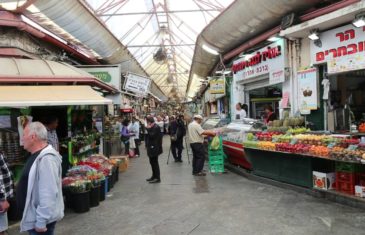 Officially known as “The Day of Remembrance for the Fallen Soldiers of Israel and Victims of Terrorism,” Yom Hazikaron is Israel’s official remembrance day. Traditionally dedicated to Israel’s fallen soldiers , commemoration has also been extended to civilian victims of terror. I shot this at 11 am at Mahane Yehuda where people mostly […]