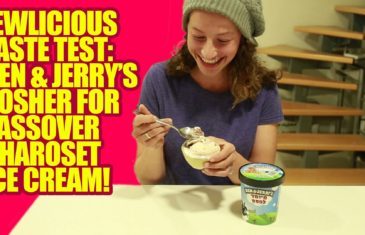 Since as early as 2008, Ben & Jerry’s in Israel has been producing a Kosher for Passover Charoset flavored ice cream. Charoset is one of the food items traditionally placed on seder plates by Jews around the world. The Ashkenazi variety is typically a paste made up of apples, nuts, wine and cinnamon meant to […]