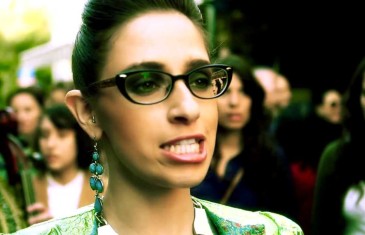 Rotem Shefy on vocals, Leat Sabbah on cello, Yaniv Teichman on the oud and Ori Dekel on percussion killed it with this awesome cover of Radiohead’s Karma Police – which they apparently put together for just shits and giggles. This followed a successful kickstarter campaign wherein they raised just under $1,900 in order to film […]