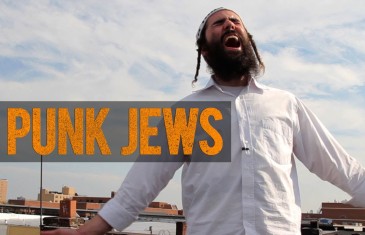 From Hasidic punk rockers, Yiddish street performers, African-American Jewish activists, this film, released in 2012, covers politics, art, fashion, and religion like you have never seen before. Punk Jews explores a rising trend among committed Jews who are sincerely asking and expressing what it really means to be Jewish in the 21st century while smashing […]