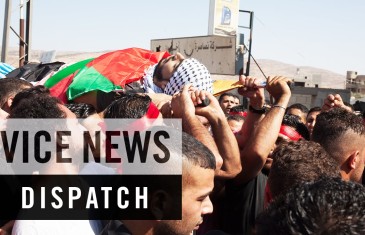 Death of a Stone-Thrower: Intifada 3.0 (Dispatch 4)

Vice reports: “Tension builds in Israel and the West Bank with three new stabbing attacks on Israelis reported on Saturday, and the funeral for a young Palestinian stone-thrower killed by Israeli forces in Nablus. VICE News attends the funeral, where grief turns to rage and calls for revenge.” The video begins at Rafidia Hospital in […] 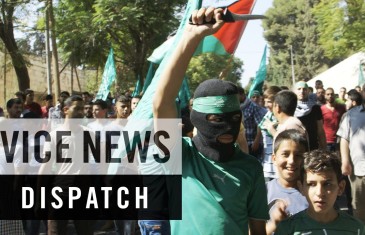 Vice reports: “Hamas calls for a “day of rage” which begins before sunrise with Palestinian protesters setting ablaze the Jewish holy site, the Tomb of Joseph, in Nablus. VICE News travels there soon after to witness the aftermath.” This report was shot the day after Joseph’s Tomb in Nablus was burned down by Palestinians. We […]